Bobby Darin left an indelible mark on the music industry and world of entertainment in his brief 37 years.

Today, Universal Music releases Bobby Darin’s Love Songs. The album is a digital compilation featuring recordings from Darin’s years with Capitol Records and Motown Records in the early 1960s, including “More” and “Call Me Irresponsible,” which was recently featured in the hit HBO show Euphoria. 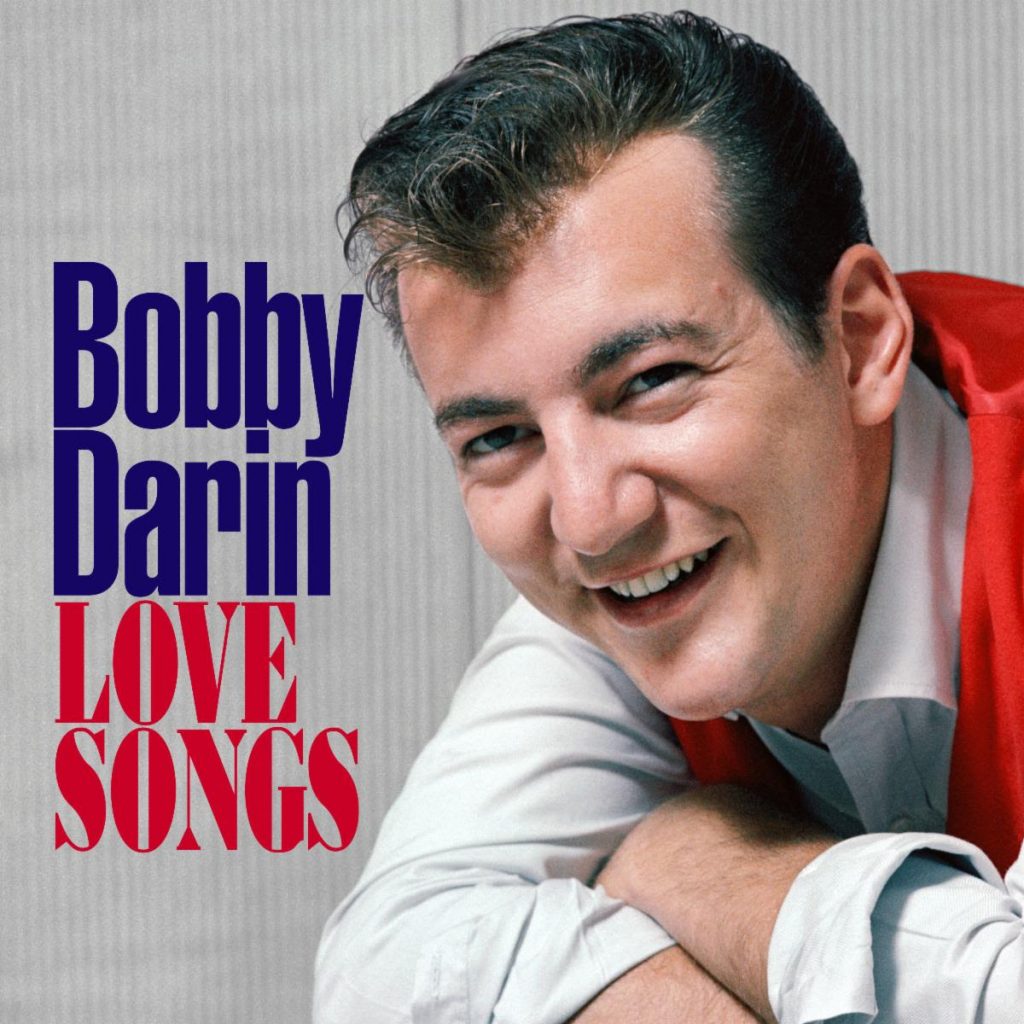 Of the arrangement, Dodd Darin says, “I’m very excited to be working with Amy Abrams and Brian Schwartz at 7S Management. They are young, super creative, and are always thinking outside the box. I feel they are a perfect fit to represent my Dad’s legacy going forward. They bring a very unique blend of experience and innovation from their representation of both legacy artists and current-day talent. They understand quite well the workings of the current day music industry and I think this will result in my Dad’s music and image finding its way to younger audiences around the world. There are some interesting things already in the works and I very much look forward to what’s just around the corner.”

Amy Abrams of 7S Management says, “Bobby Darin was a pioneer in early rock and roll who wrote his own songs when many artists didn’t, had the smarts to have ownership in his own publishing and master recordings, and tried his hand at all musical styles that interested him, evading the ‘crooner’ label that stuck with his early contemporaries.”

Bobby Darin left an indelible mark on the music industry and world of entertainment in his brief 37 years. From his early rock and roll hits, to his swinging interpretations of the great American Songbook, to his later forays into folk and country; he did it all and did it with conviction and passion. Darin was born Walden Robert Cassotto on May 14th, 1936 in the Bronx to a family of very modest means. At an early age, he developed rheumatic fever, which damaged the valves of his heart. He was a frail and sickly boy, and normal stickball in the streets or roughhousing with other kids his age was just not possible for him. One day he overheard the family doctor say to his mother Polly that “even with the best medical treatment and luck the boy probably won’t live to see age 20.” Friends and family later theorized that this medical revelation was what fueled the brash, arrogant, and intensely driven Darin to never suffer fools gladly or to waste a single moment. He was on borrowed time and he knew it.

Darin began to write songs and sing demos and hung around the famous Brill Building, which was the epicenter of music and creativity in New York City at that time. After a rough beginning to his recording career, the legendary Ahmet Ertegun gave Darin a chance at Atco Records. Darin’s song ”Splish Splash,” written in 15 minutes after a half-joking dare, would go to #3 on the charts. Other hits soon followed such as “Queen of the Hop,” and the beautiful Latin-flavored tune “Dream Lover,” which sold over a million copies and went to #2 on the charts. With regular appearances on the Dick Clark and Ed Sullivan Shows and regular touring gigs, Darin was beginning to fulfill his big dreams.

The 1959 album That’ s All launched Bobby Darin into another level of artistry, global fame, and critical acclaim. “Mack the Knife” reached #1 and stayed there for 10 weeks and sold over two million copies. “Beyond the Sea” reached #6 and may be the most well-known Darin song ever due to its constant usage in movies, ads, documentaries, and TV shows. Darin won a 1959 Record of the Year Grammy Award for “Mack the Knife” and a Grammy for best new artist. The album also put Darin into the adult/swing genre audience that helped elevate him from just a rock and roll singer. The early ’60s saw Darin perform to sellout crowds at the most prestigious nightclubs in the country, from the Copa in New York to the Flamingo in Las Vegas.

Darin began acting in film and met his future wife Sandra Dee on the film Come September in 1960. A seven-picture deal with Paramount showcased what a fine actor he was. His gritty performance with Sidney Poitier in the film Pressure Point brought critical acclaim. His role in the 1963 film “ Captain Newman M.D.” with Gregory Peck garnered him a best supporting Oscar nomination. Musically he ventured into folk/country music with songs he wrote such as “Things,” “You’re the Reason I’m Living,” and “18 Yellow Roses.” By 1964 Bobby Darin was at the pinnacle of the entertainment industry and had achieved many of the goals he had set out for himself.

By 1968, Darin had become close with Senator Robert F. Kennedy and campaigned for him actively. He was with the Senator the day before he was killed in Los Angeles on June 5, 1968. This stunned Bobby to the core but an even more painful chapter was about to be revealed. RFK had spoken at length with Darin about his running for political office. Darin was serious about it and when his “sister” Nina heard about it she feared that if Darin got into politics the press would uncover a hidden bombshell. His beloved Polly, whom he so revered, was not his biological mother but actually his grandmother. Nina, whom he had known as his sister his entire life, was actually his biological mother. This revelation emotionally scarred Darin for the rest of his life. He was angry with Nina and he felt that his whole life had been a lie.

In the wake of a totally changed musical landscape, the death of RFK, and the revelation about his family, Bobby Darin sold all his possessions and moved into a trailer in Big Sur in northern California to reevaluate his life. He read voraciously, spent time with his son, and debated politics with friends who lived on the property with him. In 1968-69 he wrote and recorded two albums that covered issues such as civil rights, poverty, the Vietnam War, and the death of RFK. Gone were the super-polished Vegas act and the hipster swagger of a consummate showman. What replaced it was a man who was writing and singing about the issues the country was facing and what he personally was facing; turmoil. One of the songs from this period is one of Darin’s finest compositions, “Simple Song of Freedom.” The tune’s lyrics insightfully spoke of a country at war with itself. Singer Tim Hardin recorded it as well and had a nice hit with it.

On December 20th, 1973 Darin underwent exploratory open-heart surgery. The doctors found a massive infection in his heart and he died hours after the surgery. He left his body to medical research in the hope he could help other people. He was 37 years old.

Darin was posthumously inducted into the Rock and Roll Hall of Fame in 1990 and the Songwriter’s Hall of Fame in 1999 and received the Grammy Lifetime Achievement Award in 2010. Because Darin ventured into so many different genres, critics and sometimes the public had a hard time defining him or fully appreciating his talent. However, his work may best be understood in this quote from Neil Young given to LA Times journalist Robert Hilburn in 1990 “I used to get so mad and frustrated with Darin because he kept changing his musical style. Only later did I realize what a genius he was.”

The length of a man’s life is not what is important but rather what he leaves behind. Bobby Darin left us an amazing body of work that has stood the test of time and will be enjoyed forever.