“The ‘Tall Boy’ video was all about creating authentic moments and energy that match the song.” – Shaboozey 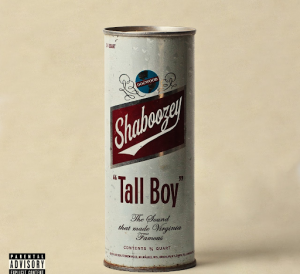 The music video follows Shaboozey entering a bar for a night of drinking and billiards that eventually turns into a rumbustious gathering. Beyond the surface, Shaboozey seamlessly injects his own morals and ideologies into his music as well. “Tall Boy” traverses topics of gender inequality, while masterfully mixing country and rap with memorable melodic choruses.

The ‘Tall Boy’ video was all about creating authentic moments and energy that match the song. We were able to shoot at Springwater in Nashville, the oldest bar in Tennessee, and flew in director of photography Mitchell Overton from Seattle to collaborate on the project.

To keep moments natural we pre-lit our scenes and ran long takes on steadicam in the middle of the action so the viewer felt like an attendee rather than a spectator. The video and song speak to working Americans, enduring the challenges life throws at them. At the end of the day, no matter how difficult things get, we could all use some Booze.

Rising multi-media artist Shaboozey intends to build his own world. Determined to carve his own lane in the Alt-Country / Hip-Hop space; he crafts a sound that pays homage to a cast of traditional Western influences, such as Bob Dylan, Lead Belly, Johnny Cash, and Leonard Cohen, while looking into the future of what the two genres have yet to introduce.

Remaining true to his Virginia roots, Shaboozey hopes to continue the region’s long-standing tradition of producing some of the most prolific creatives of the new millennium. This time through elevating the scope of contemporary hip-hop and introducing a modern Americana culture to a global audience.