Indie-Folk Duo Gawain and the Green Knight Release Single, ‘In My Dreams, a Perfect Chair’

With the release of “In My Dreams, a Perfect Chair,” Gawain and the Green Knight announce their upcoming EP, A Sleeping Place, out June 11, 2021. The new single exemplifies the duo’s “literary folk” stylings, filled with allegory and inspired by mythology, or, as they put it, “folk for people who like to listen to music while pacing mournfully yet poignantly through the streets, pretending they’re the protagonist in a very beautiful film.” 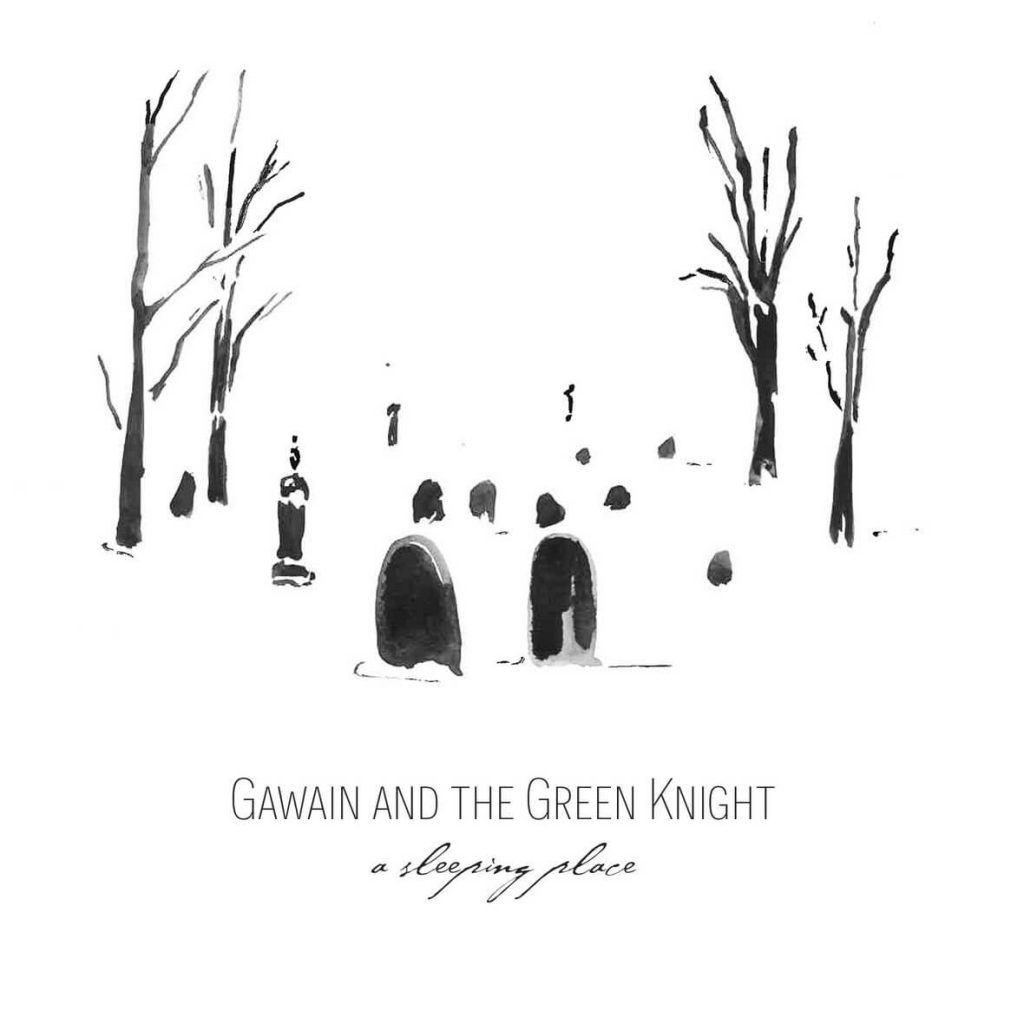 “In My Dreams, a Perfect Chair” offers a deep dive on insecurities, centering around a woodworker’s apprentice who feels inadequate because they can’t make anything good enough. Vocalist/guitarist Alexia Antoniou wrote the song as a metaphor for her own writer’s block, and multi-instrumentalist bandmate Mike O’Malley and the EP’s drummer, Derek Swink, created woodshop inspired sounds to immerse the listener in the story, mimicking sandpaper and hammers. “It’s strange to think of artists in the past being full of doubt, anxiety, self-loathing. Because the art remains but the process is so rarely documented,” Antoniou observes. “But of course, those emotions had to be all tangled in the artistic process, no matter what time we’re talking about… right? I think anyone who has ever sat down to make a thing can relate.”

Partners in life as well as in music, Antoniou and O’Malley were due to be married in the fall of 2020. Like everyone, their plans were waylaid by the COVID-19 pandemic. Finding themselves isolated, surrounded by insecurity and fear, they felt an urgent need to capture these songs that felt of the moment. “Even before all of last year happened, the fact of our own mortality always felt present, impossible to get away from, really. I think there must be something biologically in human brains that tries to make you forget it so you can function, and the part of you that remembers your mortality and the part that makes you forget are always going at one another,” says Antoniou.

Inspired by the etymology of the Greek word for cemetery, which simply means “a sleeping place,” the duo created a collection of songs that sits comfortably in the deep, sometimes dark, parts of the subconscious, arranged in such a way that you remember why life can be so joyful in the first place, its tempo anything but sad. “I think of this EP as a love letter, full of desperate affection, to anyone who has ever been alive and been scared to die,” Antoniou continues. “Death is loud, but it doesn’t mean you were never heard.”

In My Dreams, a Perfect Chair

Gawain and the Green Knight Music