Rita Houston, WFUV program director and iconic DJ to generations of listeners, passed away this morning, December 15. Houston had been battling cancer for six years. “Her courage and resolve were an inspiration,” WFUV General Manager Chuck Singleton said in a statement. “Cancer or no cancer, she gave her all every day — to her dear Laura and their family, to her friends and colleagues, to WFUV and our listeners, and to artists and music lovers everywhere.” 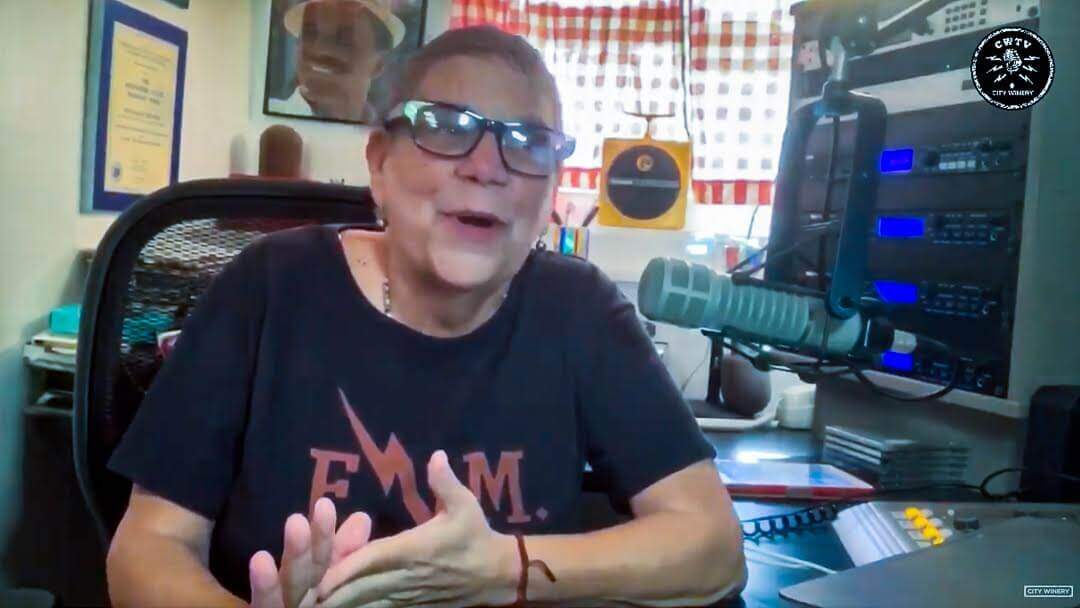 Continuing, “Rita was the north star of WFUV’s sound and its public service, guiding the station’s musical direction for decades. She was a New York original, a trailblazing woman of exceptional talent who shaped a unique style behind the microphone — informed and informal, intimate, warm, genuine. But also, one of tremendous joy.”

Houston was recognized by Mayor Bill de Blasio last year when she celebrated her 25th year at WFUV, congratulating her for the “indelible mark” she made on New York as the nexus of creative expression: “bringing joy to listeners throughout the five boroughs, providing a platform for new talent that deserves to be heard, and enriching the cultural vitality of our city.”

Singleton concluded, “Together, we will remember and celebrate her in the weeks ahead. But right now, Rita, we see you on that stage with Sharon Jones, Bowie, Prince, and especially your beloved John Prine, emceeing the most heavenly edition of Holiday Cheer for FUV.”

Houston leaves behind wife and WFUV’s Laura Fedele, and her family. Rest in peace, Rita.