“Together these songs make an American Quilt.”

Today, Grammy-winning songwriter and producer Paula Cole shares her new song “Black Mountain Blues.”  Recorded by Bessie Smith and covered by Janis Joplin, Cole’s version of the song is the second single from her upcoming album American Quilt.  “It’s strong like black coffee and it’s warrior-esque,” says Cole. American Quilt will be released on May 21st through Renew Records / BMG.

With a musical catalog defined by honest and deeply personal lyrics carried by her powerful, radiant voice, Cole has always had a gift for discerning the underlying humanity in stories from her own life as well as those around her, and channeling those emotional elements into captivating music. On American Quilt, Cole applies this natural insight to American history and musical roots traditions by interpreting a selection of classic songs – each of which provide an entry point for rediscovering the overlooked stories and figures that populate America’s interwoven cultural lineage.

The album was produced by Cole, who was the first woman nominated (without collaborators) as Producer of the Year at the 1997 Grammy awards. She garnered a total of seven Grammy nominations that year and won “Best New Artist” for her second album and major-label debut, This Fire, with its timeless hits, “Where Have All the Cowboys Gone?” and “I Don’t Want to Wait” (later the theme song for hit TV series Dawson’s Creek). Today, as a visiting scholar at Berklee College of Music, Cole tells “all my female students, ‘Start thinking like a producer, think about how you want the whole track to sound, be a voice.’” 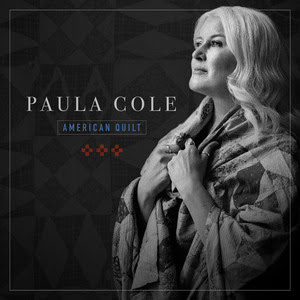 “Together these songs make an American Quilt,” says Cole, “a patchwork of heritage, a stitched-together-history of culture both painful and beautiful. I hope the listener will step inside the canoe and float down the Missouri River of their mind.  I hope they will hear the gospel of the country, and taste the liquor in the speakeasies.  I hope they will feel the freedom in the jazz of the cities, heed the call to morality in the spirituality of a day’s hard work, and the call to the Great Beyond from the Appalachians.”

As on previous albums, Cole was joined by a longtime “family” of musicians, including esteemed drummer Jay Bellerose and guitarist Kevin Barry, collaborators since the trio’s days at Berklee. American Quilt follows 2019’s acclaimed album of originals, Revolution.