“When recording this cover my mom had made a visit to Montana and I made her agree to sing harmonies on it. The full circle moment of having her finally record a song with me, and it being a Randy Travis song means more than I can express.” – Drew McManus

Singer-songwriter Satsang announces his signing with SideOneDummy Records and releases his powerful rendition of the Randy Travis classic “Forever And Ever, Amen.” As you can hear in the song, Satsang brings a unique blend of soulful Americana and Folk Rock to the label with whom he will release a new album in 2021. 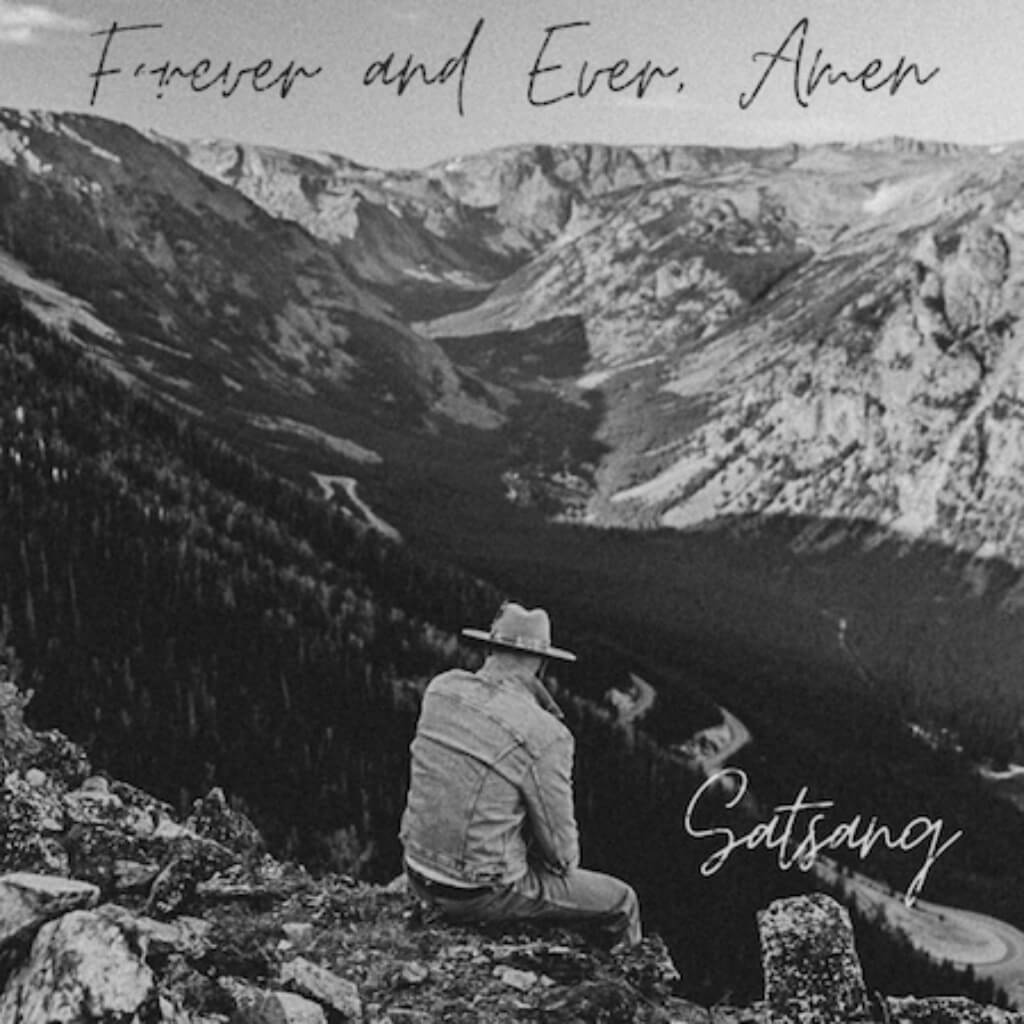 Satsang lead singer and songwriter Drew McManus delivers lyrics that are rooted in the human experience. Growth, change, defeat, and triumph are all present, with hard work at the forefront.

It all started in 2015, during a month-long backpacking trip in the Himalaya Mountains that McManus realized that as part of his recovery from addiction, he must share his life journey in poetry and song to help other lost souls. Songs of surrender, vulnerability and perseverance pour out of him, forming the foundation of Satsang’s 2016 debut The Story of You highlighted by “I Am“, a fan-favorite hymn of self-love that has surpassed 5 million streams on Spotify.

Satsang’s follow up, 2017’s Pyramid(s), quickly hit #1 on the Billboard reggae charts and #2 on the iTunes charts, while In Between Another Blink, a six-song EP released later that year, also cracked the iTunes Top 20 chart. Much of the music on both was written as Satsang toured non-stop in 2016, sometimes before sparse audiences. The songs became a testament to the struggle of sticking to a purpose and believing in the result.

My mother grew up on a ranch outside of Roundup, MT. Her whole family is cattle people from Western Montana. Part of that lifestyle that always stayed with my mom was country music. She was always playing it as far back as I can remember. Some of my earliest memories are riding in the car with her and hearing her sing harmonies over the radio with George Strait, Garth Brooks, and of course Randy Travis. Particularly the song “Forever and Ever, Amen.”

She always told me throughout my life that when I was older I would appreciate all the old country music she constantly spun. After a year and a half back in Montana without any touring I became reacquainted with myself, and for some reason a lot of this older country from that era and before my time has played a huge role in providing the soundtrack. And has deeply influenced my writing on the new record. When recording this cover my mom had made a visit to Montana and I made her agree to sing harmonies on it. The full circle moment of having her finally record a song with me, and it being a Randy Travis song means more than I can express. – Drew McManus

“Forever and Ever, Amen” is available everywhere at satsangmovement.com/forever

In 2021, Satsang will begin another chapter in his career with the release of a new album of even more influential songs than ever before.