“Peter Green was the only guitarist that ever made me sweat.” – B.B. King

One of UK’s most celebrated guitarists, Fleetwood Mac founder Peter Green, passed away nearly a year ago. In recognition of the Rock and Roll Hall of Fame inductee’s achievements, Edinburgh Jazz and Blues Festival have organized an online tribute concert for Thursday, April 22nd.

Liz Jones and her band will perform a selection of Peter’s best work including early Fleetwood Mac tracks such as “Albatross” and “Man Of The World.” The musicians include two of Edinburgh’s finest guitarists, the ‘Godfather of Scottish Blues’ John Bruce and rising star Jon MacKenzie, both more than capable of carrying Peter’s mantle. The popular and highly rated blues harp maestro Gary Martin makes a guest appearance alongside the rest of the band, bassist Jennifer Clark and Pat McCann on drums.

Liz is the ideal candidate to lead this tribute because of her powerful, mellifluous and, above all, bluesy voice together with accompanying tasteful and innovative axe work. Liz is steeped in a wide range of musical influences and genres including blues, classic rock and folk roots. Check out her talent on the recently premiered single, “Candle,” Liz Jones & Broken Windows — a precursor to an upcoming album release, available on all major streaming platforms.

When you are asked to tribute a blues legend of choice, your mind whirls: so many greats, so many favorites. Peter Green had it all, exceptional guitar, timeless songwriting, a real voice for the music and a bitter sweet rock and roll story. Almost a year after his death we tip our hat to the man that gave us a full scale of emotions through his music, the most delicate and sweetest, the most wild and hedonistic and always recognizably him. It is a challenge, an honor, but mostly a deep joy, playing his music.

Not a lot more needs to be said to anyone that knows his music, as to why we chose him to celebrate.  Personally, I’m a song-writer in awe of Peter, and I’m a huge fan of blues guitar, with luck enough to have a couple of excellent players in my phonebook. John and Jon didn’t need much persuading! The early Peter Green and Fleetwood Mac took a huge amount of influence from classic blues & early electric blues which unsurprisingly we all love. From a ‘show’ point of view, there is a wide range of styles in the songs, from this more authentic blues, through to some seriously heavy guitar for the time, and then to the delicate “Albatross” with timeless popularity.

There’s so much to choose from, so many dynamics. We deliberated over “Albatross”: How on earth do you cover this? But we went for it because ultimately it is simply a gorgeous piece of music and its huge popularity helped the band on their way to a deserved high place in history. We picked our favorite Fleetwood Mac songs, and one from Peter’s later music with The Splinter group, because it has such confident and undeniably Green licks, and is a testament to the people around Peter that helped bring him back to music.

We decided not to only choose tunes written by him because part of his magic was putting out a sublime cover.  We really hope our covers are enjoyed, in the manner of celebrating and keeping alive his wonderful legacy, in the sweet acceptance nothing will ever match the man himself, or be quite like Peter Green’s Fleetwood Mac. – Liz Jones 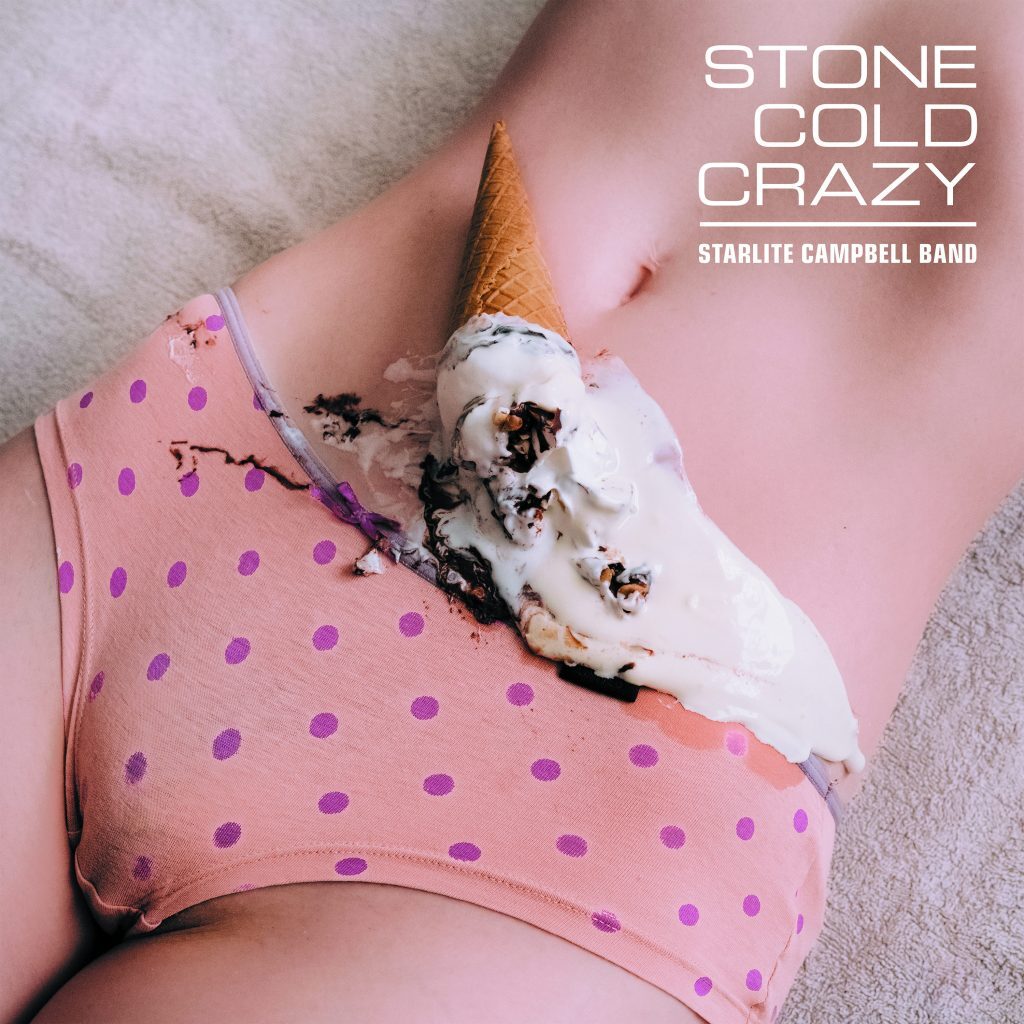 Husband and wife team Suzy Starlite and Simon Campbell have temporarily relocated themselves and their semi-mobile recording studio to Lower Saxony, Germany in order to write and record their highly anticipated new album The Language of Curiosity, set for release on 2nd October, 2020 via Supertone Records.

The band is steeped in British blues – think early Led Zeppelin, The Faces and Peter Green’s Fleetwood Mac. With original songs that push the boundaries of blues and rock, they have a sound and vibe reminiscent of the mid 60’s to early 70’s; there is no one quite like them on the circuit right now.

With their debut album Blueberry Pie nominated for best album in the European blues awards, their second album The Language of Curiosity continues to push the boundaries of British blues and British rock. The record also features longtime collaborators Jonny Henderson and Christian Madden who are sharing keyboard duties and drummer Steve Gibson.

Suzy enthused, “‘Stone Cold Crazy’ jumped out and just had to be the first single we released from the album. It’s bursting with energy and echoes the sound and vibe of the early 70’s where British blues was morphing into more song based Rock ’n’ Roll.”

The band are also offering a special offer for all preorders of The Language of Curiosity. To thank you for supporting their work as full time musicians, you will automatically receive a digital copy of the new single “Stone Cold Crazy”  when it is released on 1st May featuring artwork by world renowned photographer Phil Kneen.

This applies to all singles released from the album prior to the official album launch on 2nd October, 2020.

Listen to ‘Stone Cold Crazy’ exclusively on the Starlite Campbell Band website from the 1st – 8th May, 2020 and preorder The Language of Curiosity.