“It tells the story of how music of all kinds has played a role in America’s political arena, particularly as a form of protest and as an agent for political, social, racial, and economic change.” – Bob Santelli, GRAMMY Museum founding Executive Director and exhibit curator.

Songs of Conscience, Sounds of Freedom the newest exhibit set to open at the Woody Guthrie Center in Tulsa, Oklahoma, examines the role of music in informing and inspiring social consciousness throughout American history, featuring an array of musicians across decades and genres, all using their art to push toward a more equitable world. The exhibit is set to open May 21, 2021, and it will include Chicago guitarist Dave Specter’s “The Ballad of George Floyd,” featuring harp legend Billy Branch. Written and released on Delmark Records during the aftermath of his tragic death, it features Specter’s searing guitars and the melancholic harp of Branch. 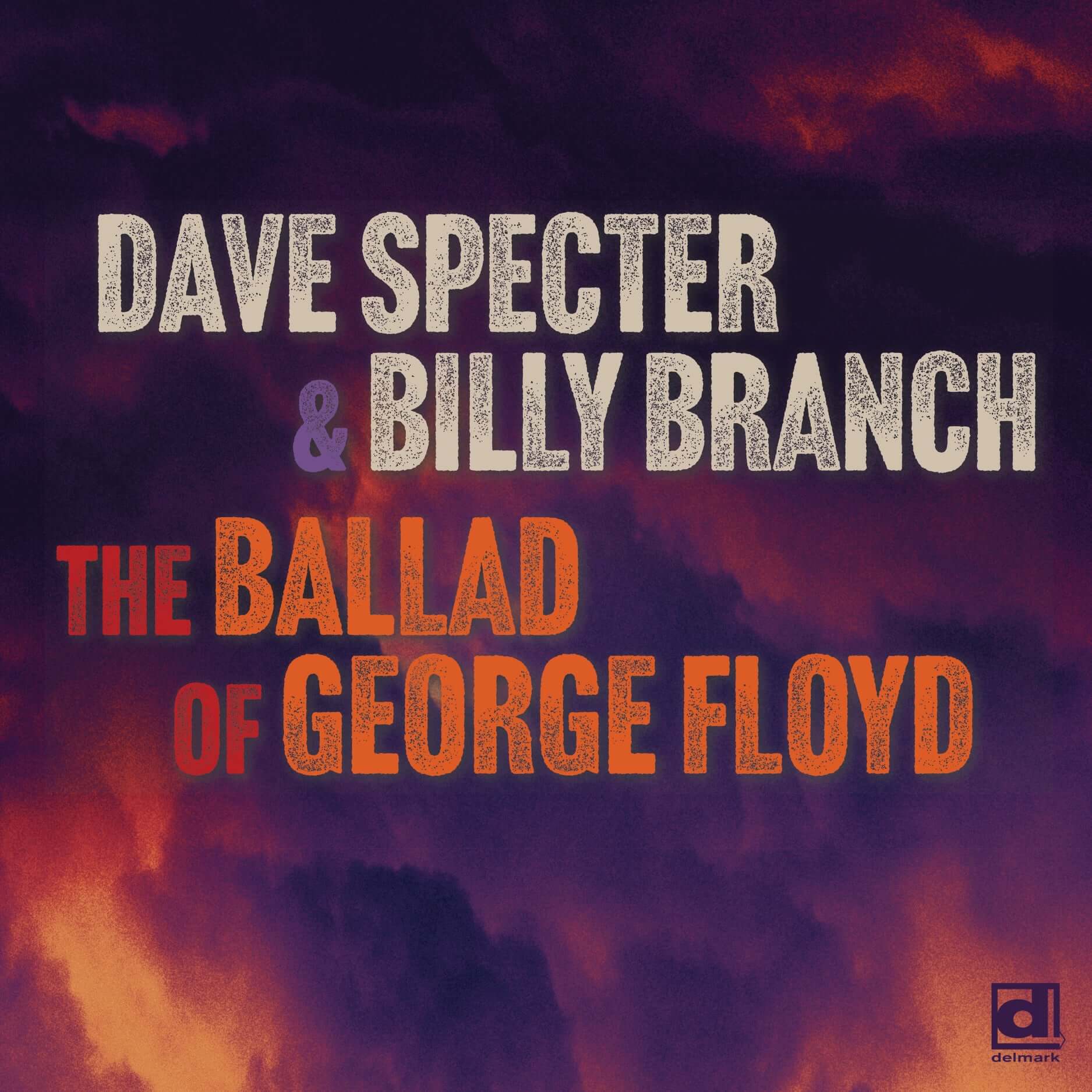 Specter recalls, “I wrote the song a few days after George Floyd was murdered and the lyrics pretty much wrote themselves. Injustice’s toll from an endless cycle of racist violence and police brutality. And it just happened again with Jacob Blake. I was reminded of a tweet from Congress member Karen Bass, that when mass murderer Dylan Roof killed 9 people in church, the police bought him Burger King. Dylan Roof is white. But George Floyd didn’t die in vain. He helped spark a worldwide movement for justice and change. I am proud to collaborate with the great Chicago bluesman, Billy Branch on this tune. We share the same vision and are inspired by the words of John Lewis: ‘If it hadn’t been for music, the civil rights movement would’ve been like a bird without wings’.”

The exhibit explores music’s role in major social movements as well as the smaller steps in between. Charting a path from spirituals that were sung by enslaved people in America, to the labor movement struggles that Guthrie wrote about in songs like “1913 Massacre,” to the mass movement of music and art that helped to stir action during the Civil Rights Movement of the 1960s to the continued fight for racial justice in America today, the exhibit spans time and genre to tell the stories of music’s role as an inspiration and an educator.

“It tells the story of how music of all kinds has played a role in America’s political arena, particularly as a form of protest and as an agent for political, social, racial, and economic change,” said Bob Santelli, GRAMMY Museum founding executive director and exhibit curator. “Though it offers a sweeping view of the history of protest music, the exhibit pays special attention to the music inspired by Black Lives Matter and other contemporary struggles for justice and equality in America.”

Guests can expect to see: handwritten lyrics from Woody Guthrie, Bruce Springsteen, Shemekia Copeland, H.E.R., and others; instruments from Guthrie, Pete Seeger, Josh White, John Mellencamp, and more; “Song Spotlights” that tell the stories of such landmark protest songs as “Strange Fruit,” “A Change Is Gonna Come,” and others; rare performance footage and interviews with prominent topical songwriters and an interactive history of protest music in America. 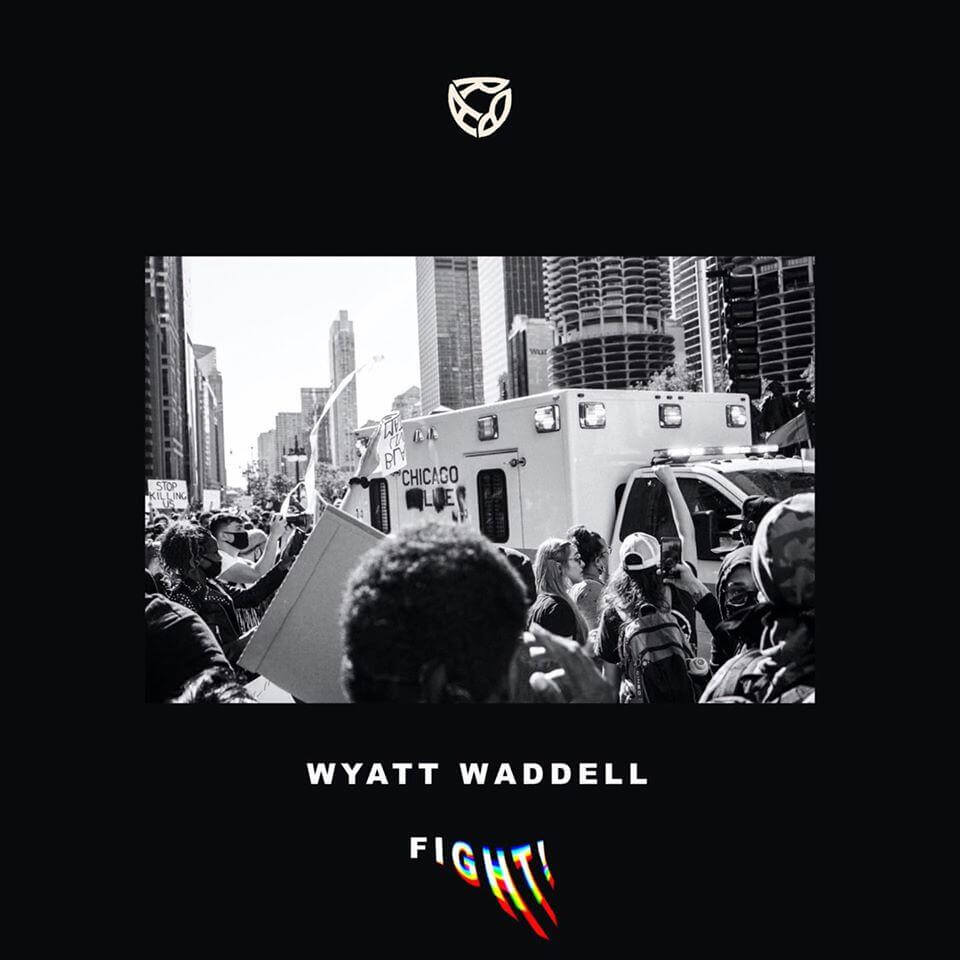 Part gospel, part field holler, part funky soul, “Fight!” has an upbeat, feel-good groove, that underscores its message. Already gaining comparisons to Stevie Wonder and Curtis Mayfield, “Fight!” was recorded and released in just 24 hours after Wyatt was deeply inspired by watching the protests unfold on TV and when he recalled a quote by one of his musical inspirations, Nina Simone.

This has been a hard and trying time for black lives. These events have left me angry, scared, and confused. I then remembered what Nina Simone once said: An artist’s duty… is to reflect the times…

Recorded in tribute to the people on the streets protesting, Wyatt added, “This song is me looking at what’s happening and what I’d tell the people protesting. I had to look outside of myself at what’s going on and how people are being affected. Hearing people’s fears, anxieties, and watching everything happening on TV really helped me write the song. I hope that it can be an anthem for my people as they’re fighting for a better America.”

Charities benefiting from the single include the Greater Chicago Food Depository. Wyatt has first hand seen the food crisis in Chicago, adding, “Today I saw the lines down the street of people lining up to get something to eat. We have got to feed the people.”

Chicago’s “Boy Wonder” has been praised by publications including the Chicago Tribune, who compared him to a diverse range of artists from The Beatles to Sly & The Family Stone. His remarkable Instagram loop videos, powerful versatile vocal range, perfect pitch and instinctive songwriting is creating a huge buzz in his local Chicago music scene and he is poised to make his national breakthrough. He plans to follow “FIGHT!!” and previous single “Sleeper” with a full album, which is currently in the works.