Folk singer-songwriter and guitarist Nanci Griffith, celebrated for her sparkling vocals and master storytelling, passed away Friday in Nashville. She was 68.

Griffith produced such songs as “Late Night Grande Hotel” and “It’s a Hard Life Wherever You Go,” and wrote major hits that proved successful for other artists: Suzy Bogguss’s infectiously catchy and beautifully sung “Outbound Plane,” written by Griffith and Tom Russell; and Kathy Mattea’s memorable “Love At The Five And Dime.” 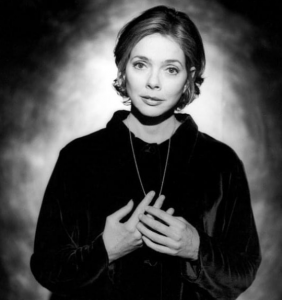 Bogguss took to her Instagram account, expressing, “My heart is aching. A beautiful soul that I love has left this earth. I feel blessed to have many memories of our times together along with most everything she ever recorded. I’m going to spend the day reveling in the articulate masterful legacy she’s left us. Rest my dear friend Nanci Griffith.”

Her 1993 album, Other Voices, Other Rooms, was  devoted to songs written by Woody Guthrie, Bob Dylan, Townes Van Zandt, John Prine, etc., with guest appearances by Dylan and Prine. She received a GRAMMY award in 1994 for this effort.

Born on July 6, 1953, in Seguin, Texas, Griffith was raised in Austin, where she began performing as a teenage singer inspired by Loretta Lynn. She performed while attending the University of Texas, and while working as a kindergarten teacher.

Griffith won the New Folk Competition at the Kerrville Folk Festival in 1978. She  moved to Nashville in 1985, where she found herself on major labels MCA and Elektra, and went on to collaborate with the likes of John Prine, Emmylou Harris and Lyle Lovett.