Abolition 2021, streaming on Noonchorus, will feature over seventy artists. Tickets can be purchased here. Heeding the clarion call for change, many unique and talented artists have donated their time to create this integrative concert.

I’ve been helping create this benefit to found an abolitionist space near Angola prison in Louisiana. One of the 1st people I called was my friend Boots Riley, who is writing 2 movies & a show rn, super busy, but he’s making time to be on the lineup: https://t.co/qxWKqjDOPJ

As musician and producer Jolie Holland explains, “The idea of creating a place of radical hospitality and welcome amidst the cruelty and injustice of the prison system inspired me to produce Abolition 2021.” Holland also said in a Tweet, “The history of Louisiana State Penitentiary is the history of slavery. If we still have mass incarceration, the work of Abolition is not yet done.”

The Louisiana State Penitentiary has been called the “Alcatraz of the South”  and “The Angola Plantation.” The name Angola refers to the former plantation that occupied the territory — a plantation named after The Republic of Angola, the chief source of slaves who were forced into the Atlantic slave trade.

Angola is the largest maximum security prison in the United States. Abolition Apostles co-founding pastor David Brazil says, “Angola’s history as an antebellum plantation and site for convict leasing post-Civil War demonstrates the roots of mass incarceration in slavery and white supremacy. It is the evil heart of the American carceral system”

Since Angola’s founding as Louisiana’s first penitentiary over one hundred years ago, it’s been called the “bloodiest prison in the South” by the American Bar Association. Notorious for its many human rights abuses, including the use of long-term solitary confinement as punishment, Angola also houses Louisiana’s death row. Seventy-three percent of people incarcerated at Angola are African American, with the majority of inmates serving life sentences or decades-long, virtual life sentences due to Louisiana’s harsh minimum sentencing laws.

Angola is several hours’ drive from any major urban center. Friends and family often spend hours driving to visit their loved ones who are incarcerated there. Due to the lack of affordable accommodations close to the prison, most people are forced to drive to Angola and back home in one day, making for an exhausting trip especially for families with young children or elders.

Abolition Apostles has identified a property located within fifteen minutes’ drive of Angola with a house, a barn, and fifteen acres of land. In order to secure the property and open the hospitality house, Abolition Apostles will launch an eight-week fundraising campaign to raise $815,000 in conjunction with the Abolition 2021 concert benefit. 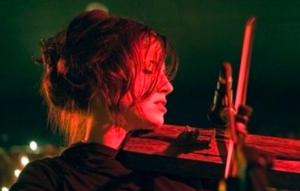 Jolie Holland will herself be performing Abolition 2021. As a founding member of The Be Good Tanyas, Holland has been captivating audiences since the early 2000s. In 2002 Holland self-released Catalpa, its recordings not originally intended for public consumption. But copies were passed along; word got around. It didn’t take long for Catalpa to be put on the shortlist of Anti- labelmates Tom Waits and Nick Cave. Waits persuaded his label to sign her at a time when she didn’t have a distributor and could only sell the homemade demos at shows.

Holland went on to release five studio albums with AntiRecords before starting her own label, Cinquefoil, in 2017. In 2019 she reissued Escondida on vinyl for its 15th anniversary. She’s been in the studio with Booker T, Boots Riley, Lucinda Williams, and TV On The Radio; and has shared stages with Mavis Staples. Lou Reed once told her, “I could have listened to you all night.” 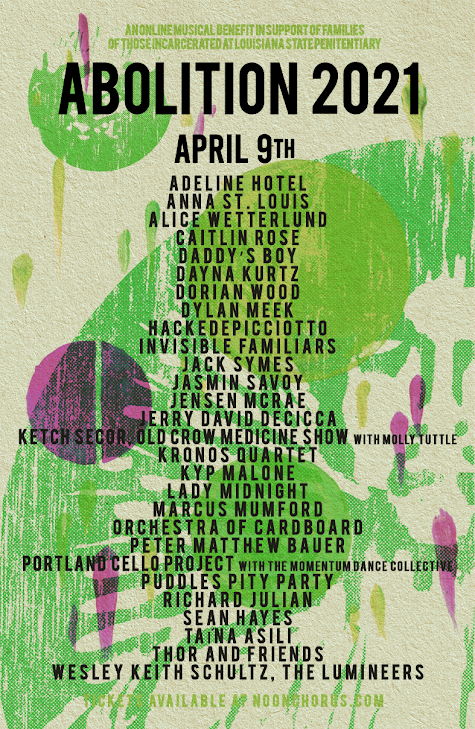 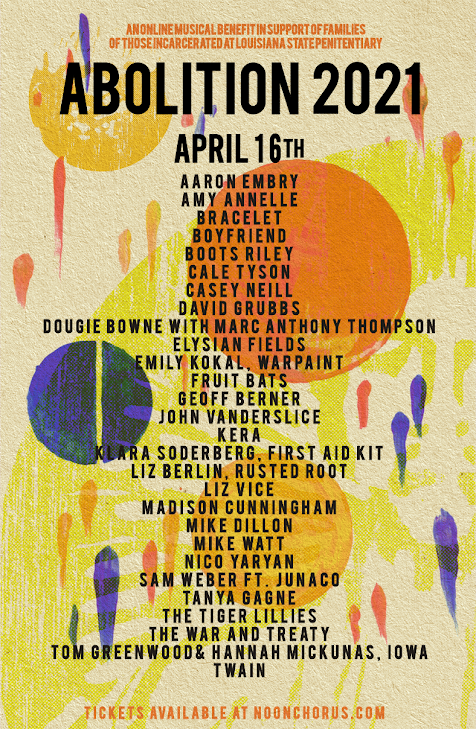 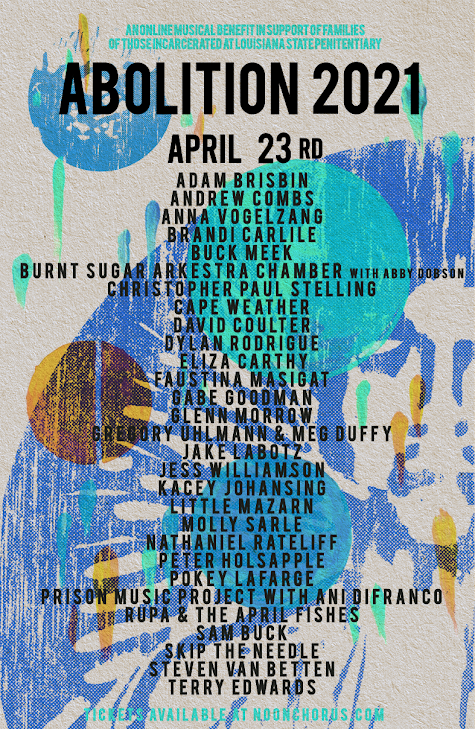 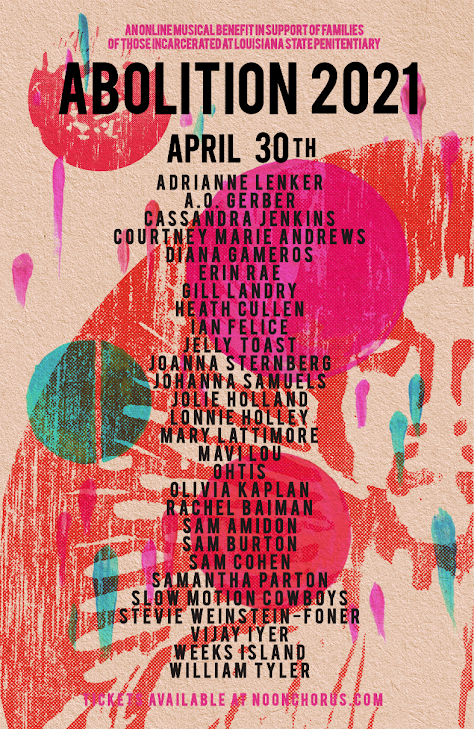